Take a look at VFX Breakdowns from this year’s Oscar Nominees.

93rd Annual Academy Awards took place on Sunday, 25th of April. Tenet won a well-deserved award for Best Visual Effects. As a result, we thought it would be awesome if we put together all VFX Breakdowns from the Oscar nominees.

Actor Dylan O’Brien and VFX Supervisor Matt Sloan break down the visual effects behind the giant hell crab fight scene in Love and Monsters. The movie is a 2020 American monster adventure film directed by Michael Matthews, with Shawn Levy and Dan Cohen serving as producers.

CG monsters, each based on real animals like snails, frogs, crab and centipedes, were crafted out of Mr. X’s Adelaide and Bangalore studios, with the team delivering 463 shots.

The Midnight Sky is a 2020 American science fiction film directed by George Clooney, based on the 2016 novel Good Morning, Midnight by Lily Brooks-Dalton. It stars Clooney as a scientist who must venture through the Arctic Circle to warn off a returning spaceship following a global catastrophe.

Mulan is a 2020 American fantasy action drama film produced by Walt Disney Pictures. Directed by Niki Caro, with a screenplay by Rick Jaffa, Amanda Silver, Lauren Hynek, and Elizabeth Martin, it is a live-action adaptation of Disney’s 1998 animated film of the same name, itself based on the Chinese folklore story, “The Ballad of Mulan”. The film stars Yifei Liu.

5. The One And Only Ivan

The One and Only Ivan is a 2020 American fantasy drama film directed by Thea Sharrock from a screenplay written by Mike White based on the children’s novel of the same name by K. A. Applegate. Inspired by the true story of Ivan the gorilla, the film stars the voices of Sam Rockwell as Ivan alongside Angelina Jolie (who helped to produce the film).

500 artists across MPC Film’s studios in London, Montreal and Bangalore worked together to bring to life The One and Only Ivan’s 9 primary characters and the film’s photorealistic full CG environments and digital set extensions. 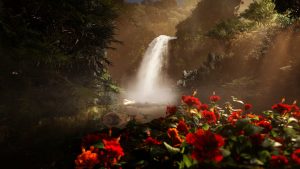 The Best Places to Share Your VFX Work (And Get Noticed)

If you are looking for the best platforms to promote your art, check out this article with the top 5 websites to post your creations. 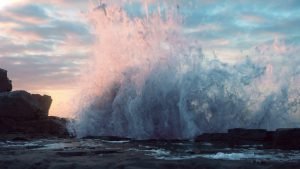 Rebelway alumnus Julien De Mey talks about being a freelance CGI artist and explains how Rebelway helped him grow artistically.