Made by: Rodeo FX

Rodeo FX takes us behind the scenes of making their invisible work for Coyote.
Words from the Artist:
Our mandate on Coyote was to create supportive visual effects that are invisible to the viewers.
The bulk of the work was concentrated around ‘the wall’, the US/Mexico border, one of the main locations in the series. However, the real wall is a highly secured area and it was difficult for the production crew to get access to it.
We created a CG version of the wall in multiple establishing shots and in different locations. We created a version of the wall across the desert, another one right by the ocean at the border between Tijuana and San Diego and finally, one going through downtown Tijuana. We created seamless hidden comp effects throughout the action and a key plane sequence to assist in shooting logistics to get the shots the client was working towards. Our composites were key in creating the environments in which the story around our characters evolved.
One other notable effect on the series was ‘cadaver enhancement’. We had to make some of the series actors look like they were dead bodies rotting in the desert.
Just another day in the life of VFX! 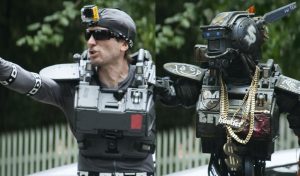 Take a look at this VFX breakdown on how Image Engine brought Chappie to life.

Method Studios Melbourne shows us how they created incredible work on the post-apocalyptic world of MAD MAX – Fury Road. This is an oldie but a goodie. 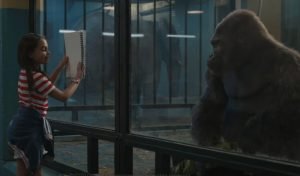 The One And Only Ivan | VFX Breakdown​

Take a look at how MPC Film brought to life all kinds of animals, photo-realistic CG environments, and digital set extensions in The One And Only Ivan.