A PREVIEW OF OUR FLAGSHIP MAGIC COURSE

We are giving away free lesson samples from Magical FX in Houdini.

Have you ever wanted to create realistic Magical FX inside Houdini? If you’re ready to unlock your inner wizard, you’ve come to the right place. Our Magical FX in Houdini course is now available! Here’s a free preview of the course.

Get Your Free Magical FX in Houdini Course Lessons

To give you a little taste of what this course is all about, we are giving away free lessons from the course. To get your free course lessons, just fill out the form below the video. The free courses lessons will be sent to your email inbox. 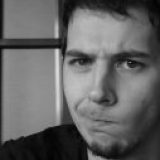 I have been working as an Houdini FX artist since 2008, on projects ranging from small TV adverts to larger scale cinematic content for many AAA games.

My background and studies were in animation, and I worked largely as a generalist and animator before joining Axis in 2008. During one of the jobs I was helping to animate, they needed a generalist to help fill in for some Houdini FX work – I jumped at the opportunity. Having never used Houdini and learned as much as I could during the two months I was on the job. I have been a Houdini FX artist ever since and have never looked back!

During my time at Axis alone, I went from being the sole FX artist on earlier trailers, to eventually leading larger and larger teams on projects like Dead Island, several Halo game cinematics, Destiny and many more, eventually moving into a supervising role – I still try to as much hands-on work as I can though!

more about the instructor >