How did you start in 3D and how did you discover Houdini?

As a teenager, I wanted to be a Film director. So right after high school, I had a good opportunity to start a film/video studio with a few of my friends and family members.

We started as a local online TV station, that snowballed into making music videos and later commercials, documentaries and a few short films here and there. Every project we did we tried to one-up the “production” quality so we started implementing 3D and mograph in our projects. I was learning after-effects at the time and started experimenting with element 3D from video copilot. After that, I jumped into 3Dsmax with fume fx, and spent about a year doing some 3D with C4D.

At that point, the 3D world started to overshadow my film-making ambitions and completely overtook my daily schedule. I was always very knowledge-driven and wanted to know everything about film-making when I started with that path, and it was the same with CGI. But CGI and FX seemed even more complex and had secrets that I just had to discover.

After about 6-7 years running the studio, I decided to leave and embark on a new adventure that we today know as VFX! So in short, film-making drew me into CG and from there I discovered that I like blowing sh*t up and jumped into Houdini where I’ve stayed for the past 5 years.

Where do you currently work?

I am currently working full time at Rebelway where I wear multiple hats. To get super meta, I’m typing this and posting it on the website myself!  After I left my Studio I started working at Axis studios where I stayed for about 3 years.

What drives you to learn the craft of 3D & VFX?

It’s the discovery of the unknown. Like I said I’m very hungry for learning new things, and CG is a never-ending hole of discoveries. Even when I was 100% committed to being a film director, I always watched all the making-offs from movies, like Pirates of the Caribbean, where they had a lot of before and after comp clips and that was incredibly interesting to me.

The second thing was from playing a lot of games. I was a huge gamer back in the day and I always enjoyed the in-game cinematics the most.

Diablo II cinematics are engraved in my memory and that lead to playing way too many hours of Starcraft and Diablo III.

There are many vfx schools & tutorial websites. In your opinion how does Rebelway compare?

It’s difficult for me to answer this since I work here so my response might be very biased.

But, we try our best to run Rebelway in a way that we provide the most complete learning experience for beginners and experienced artists.

What did Rebelway help you achieve?

Saber definitely was a huge help in getting my foot through the door with Houdini and getting to work in the industry, and even now that I’m working directly with him, he is a constant inspiration.

Tell us about your favorite project accomplished in Houdini. What made it interesting? What were the challenges you faced?

It was a dream of mine to work on a big game. And that happened quite fast when I had the opportunity to work on Gears Of War 5. I was a huge fan of Gears, so working on something that I played as a kid was important to me. Another good one was when I had the pleasure to work on Blizzard’s Heroes of the Storm cinematic which I watched premier live at BlizzCon. That was a bizarre experience that I hope everyone gets to experience once in their career.

Who inspires you as an artist? Who do you look up to and why?

Who wrote those questions?! 😀
It’s hard to say, I get inspired by so many things I can’t even begin to answer this, but it’s movies, games, sometimes a simple website design or a book, a song, or a podcast.

Friends, fellow colleagues and of course my wonderful girlfriend.

What podcasts or youtube channels keep you motivated to grow as an artist?

I watch corridor digital, film riot, the future and lately listening to the Joe Rogan podcast.

What’s next for you on your artistic journey?

Currently, I feel like the entrepreneur in me wants to make the best I can with Rebelway. But, what is next I can’t share at this moment 🙂 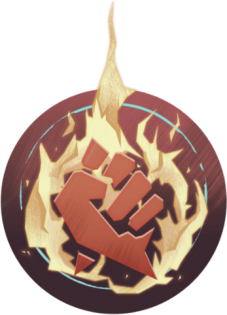 ONCE A REBEL, ALWAYS A REBEL!