With the recent launch of our Stylized FX for Games course, we’ve been super excited about the creative possibilities of using Unreal Engine for unconventional projects. Unless you live under a rock, you’ve probably heard of Unreal Engine being used on virtual productions around the film industry, but is it possible to create an entire film using Unreal Engine?

We decided to set out on a journey to search the internet for some of our favorite short films created in Unreal Engine. Many of the examples found on this list rival pre-rendered film quality. We hope you enjoy this list!

The first film on our list comes from Rebelway FXTA Guido Ponzini and Angelo Murianni. The team worked on the project for two months working mainly on weekends. They experimented with different topics and found the entire film to be a great exercise in storytelling, rigging, and environmental FX. The pair integrated Houdini and Unreal Engine 4 to create this incredible film. They even were able to integrate some Niagara particles into the scenes.

This film follows a robot as it explores the ruins of the earth. This short would later go on to win multiple awards including Best Young Filmmaker and Animated Short Film at the Independent Short Awards. The entire film was created in just under a month, making it truly spectacular. If you want to find a breakdown, you can see it here.

The team at Weta Digital partnered up with Epic Games to push the limits of virtual production in this short animated film. You’ll notice the extensive details in both the hair and fur rendering. You’ll also notice how great the rigging is on the meercat and bird.

If you’re curious about a behind the scenes breakdown on how this film was created, check out this quick video developed by Weta.

This beautiful short film created by Han Yang really emphasizes Unreal Engine’s potential when rendering human skin. All of the animation came from an iPhone tracker or a keyframe directly in Unreal Engine. The entire project took about 2 weeks from concept to finished piece of art. Which is crazy given how high the production values are.

Terra is a short film that examines the possibilities of using Unreal Engine to render environments. Wilson’s goal in the project was to tell a minimal story and practice his skills inside the program. Surprisingly, this entire project was created on a 2016 iMac using Quixel Magascans from the Epic Marketplace.

This beautiful short film really shows the places where Unreal Engine shines. The stylized Sci-Fi environment does an incredible job showing off the detailed reflective qualities in Unreal Engine’s renders.

Are you interested in creating realtime cinematics and short films? Check out our Realtime FX for Games and Cinematics course. You can also get free lessons from the course by signing up on the page. 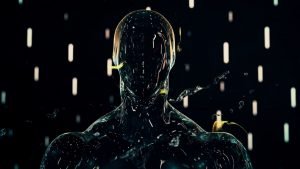 The History of VFX: How the Morphing Effect Evolved

From the 1980s sci-fi movies to the 2020s Hollywood action films, let’s examine how one of our favorite VFX changed in a few decades. 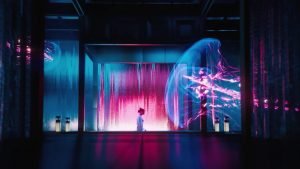 What Does a VFX Supervisor Do?

Want to know what it takes to become the final boss of VFX production? Dive in to learn what VFX supervisors do and what skills this job requires. 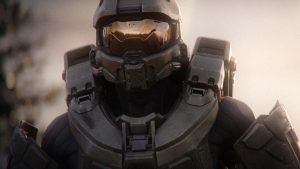