Want some VFX Inspiration? Check out these 6 incredible VFX Breakdowns from some of the most iconic movies.

We thought it would be fun to create a post and share some of the VFX breakdowns from iconic movies. These films offer some of the best breakdowns of all time.

The Matrix is definitely one of the most iconic sci-fi movies ever created. Released in 1999, it set the bar for the new century of cinema on a new level. The bullet-time effects were among the coolest things The Matrix had going for it when it was released. More than 1,000 special effects shots were created for ”The Matrix Reloaded,” nearly three times as many as in the first film.

Take a look at this 20-min video where Jen Underdahl, Visual Effects Producer for Marvel Entertainment explains how most impressive VFX in Avengers: Endgame and Infinity War were created. Jen explains how they crafted “Smart Hulk,” made Chris Evans look considerably older, and how they were able to digitally create the entirety of the Avengers’ time suits.

The movie contains nearly 2,500 visual effects shots from VFX houses, including Framestore, Weta Digital, Industrial Light & Magic, and DNEG that were worked on the project for three years.

The thing that makes the Jungle Book different from any other CG movie that it was entirely shoot with the blue screen with only one single actor: Neel Sethi, who played Mowgli. All animals and the environment was created in CG. There were over 800 VFX shots of the jungle. The VFX shoots took a total of 37 million hours of rendering. On average, a frame took 14-24 hours of rendering while the maximum was 42 hours.

Harry potter is all about magical creatures in an enchanting world. As such, it is to be expected that the films will have a lot of CG. Here is an almost half-hour compilation of reels from VFX companies that were working on the Harry Potter series. The studios include the Moving Picture Company, BUF, Rising Sun Pictures, and Union Visual Effects. Although the original films never won an Academy Award, they were nominated several times.

About 1,200 visual effects shots were used for “Harry Potter and the Deathly Hallows: Part 2,” the last installment in the film series.

A significant part of James Cameron’s mega epic Avatar, with a budget of over $230 million — the most expensive Hollywood movie ever made – was largely created in Wellington’s world-class facilities. To add richness to the film, the Wellington firm also created over 1,800 stereoscopic, photorealistic visual effects shots. Weta Digital created the film’s digital characters and environments, building special effects sequences with as many as 800 fully computer-generated characters.

Weta built a 4,300-machine render farm to handle the work on Avatar, and created 10TB of data every day.

Martin Scorsese’s Hugo tells the story of an orphan living in a 1930s Paris train station. The effects team was on set in the UK from the beginning. In particular, Pixomondo had a seven-person team on set and made a digital copy or reference of absolutely everything. At 150 feet long, 120 feet wide and 41 feet high, the train station set filled an entire soundstage but was still vastly extended by green-screen. Hugo received 11 Academy Award nominations (including Best Picture), winning five: Best Cinematography, Best Art Direction, Best Sound Mixing, Best Sound Editing, and Best Visual Effects.

The movie had to be done faster than any other movie Scorsese had done – he normally has 58 weeks just to edit a movie, but in this case, the team had just 38 weeks to finish it. 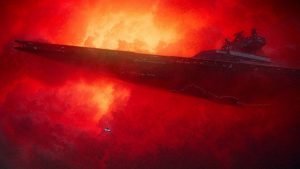 How I Created an Unreal Engine Short Film: Interview with Guidio Ponzini

In this interview, Guido Ponzini shares how he created a viral short film in Unreal Engine.​